Tunmarsh Centre: The Music Room – the story so far!

Over the past few months and in partnership with Warner Music, we have been working on completely refurbishing the music room at The Tunmarsh Centre, in Newham. Creating a main space with a full range of musical equipment, from a drum kit, to keyboards and guitars. A sound proofed booth for vocal recording and installing computers that serve to teach the students about music production.

So, with the build due to be finished within the next couple of weeks, we thought it would be a great time to update everyone on where we are up to and most importantly why we are doing it.

The Tunmarsh Centre is a Pupil Referral Unit (PRU) with around 60 students on site, aged 11-16, all who have been permanently excluded from school or are at risk of permanent exclusion. All of the students have a common need  for a sensitive and nurturing approach to their education, so that they can begin to address some of the issues that have created difficulties for them in mainstream school. The Tunmarsh Centre is a fresh start for all students and is central to the success in regaining these young people in a environment where all views are valued and where students feel enabled to make positive choices regarding their learning and their interactions with others.

Ben (Plan B)  is hugely passionate about turning around the disengagement of young people in the UK and The Tunmarsh Centre has a very important significance to him too. Ben himself was one of the young people that passed through the Pupil Referral Unit and Tunmarsh was a place where he found an outlet for his artist talent. That’s why we (EOTO) aim to engage with young people by providing access to new skills and support, improving their lives and future prospects, just as Ben was given an outlet for his own skills at The Tunmarsh Centre.

Many of the young people have an interest in music and already create music through friends, some of this can related to negative activities such as involvement in local gangs who are known for their rapping skills. By providing access to learn music this provides a positive outlet for a skill they already have. Music serves as a type of therapy, especially through songwriting. It’s a way for these young people to communicate with each other, with the staff and their peers. It enables them to have a tool to be able to deal with their situations, a freedom of expression. It allows them to deal with things in a way, a language and a culture that is relevant to them.

Since the build begun, our EOTO Media team have been documenting the whole transformation via video footage and interviews. They dropped by The Tunmarsh Centre last week for another dose of filming, before heading over to Atlantic records, where the team spoke to the Head of Marketing at Warner Music about the funding they are giving the music centre and why kids need to be given more opportunities to express themselves through avenues like music.

The documentary on Tunmarsh by EOTO Media will be available to watch once the music room launches in a couple of months time. Until then, continue to check out our other blog posts here: http://eototrust.org/blog/ 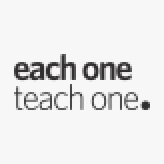